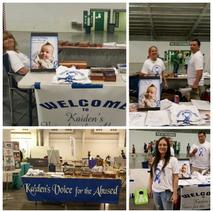 Our first event was held in 2011. Kaiden would have been 1 year old. Games played, faces painted, abuse info handed out. 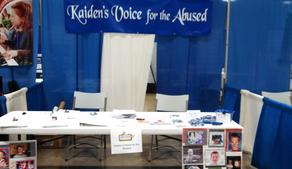 April 2013 ~ Candle Light Vigil to honor those lost to abuse and neglect.

April 2012 ~ Candle Light Vigil to honor those lost to abuse and neglect.

April 2014 ~ Greene County Prosecuting office dedicated a brick to Kaiden. You can find it in the Victim Memorial Garden at Phelps Grove Park, Springfield, Missouri.

June 2013 ~ Safe Kids Expo Event ~ brochures were passed out to those attending.

Kaiden's Voice for the Abused